Beginning in the year 2007 till now altogether 6 travelling units has been modernised in several steps in this project which is still ongoing. The travelling units got among other repairs single chain lifts (2x2.500 kg) and a completely renovated electric device.

The equipment is operated with the remaining travelling units, controlled in the former S5 – technique and the updated S7-control in a mix operation. We have concentrated on an improved maintenance scope for the modernised travelling units, e.g. by implementing of automatic chain lubrications and HMI-operator panels.

All the components had been tested already before installation, so that the assembly could be performed without problems during running production. 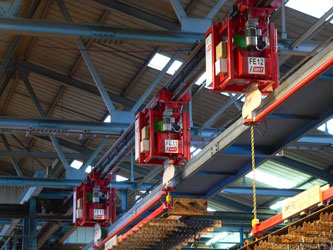 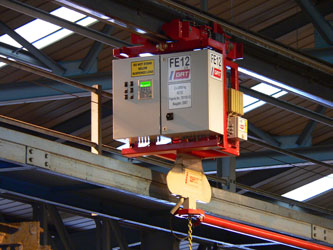